Cervical cancer is a type of cancer that occurs in the cells of the cervix — the lower part of the uterus that connects to the vagina.Various strains of the human papillomavirus (HPV), a sexually transmitted infection, play a role in causing most cervical cancer. When exposed to HPV, the body's immune system typically prevents the virus from doing harm. In a small percentage of people, however, the virus survives for years, contributing to the process that causes some cervical cells to become cancer cells.You can reduce your risk of developing cervical cancer by having screening tests and receiving a vaccine that protects against HPV infection. 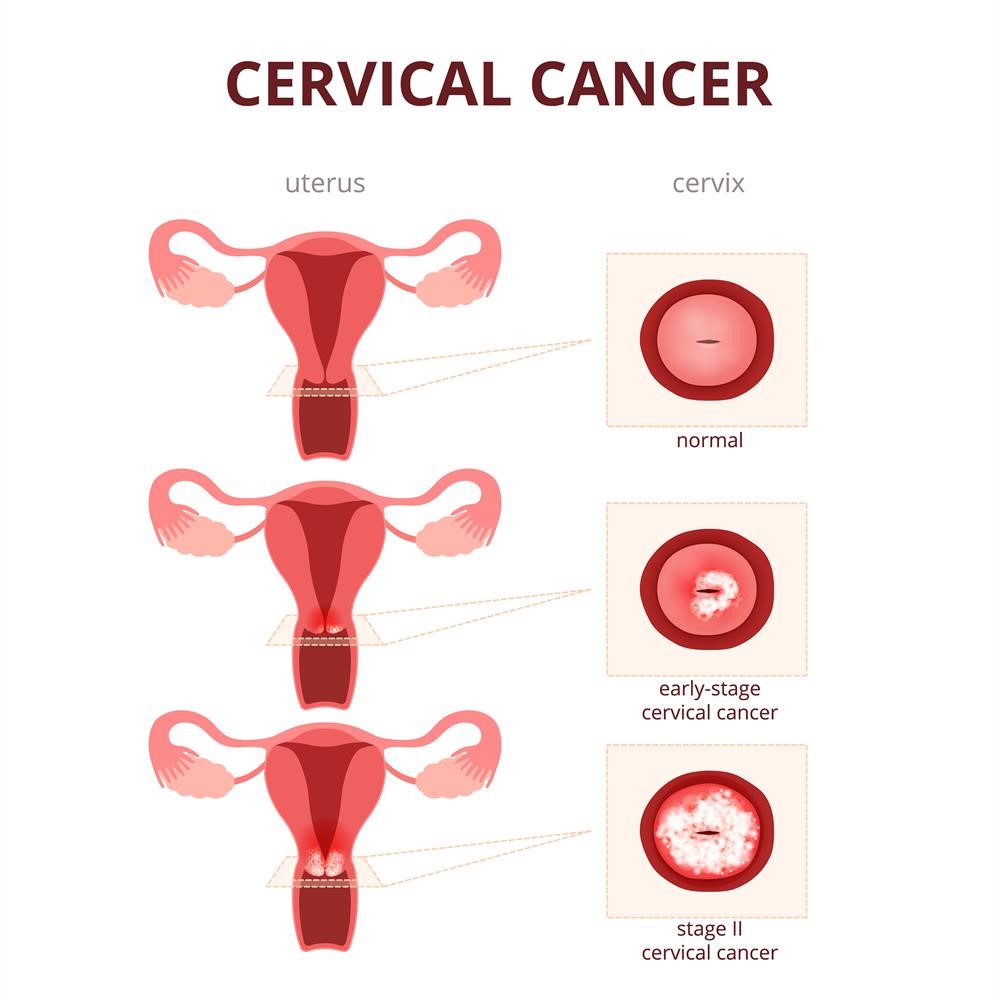 Cervical cancer begins when healthy cells in the cervix develop changes (mutations) in their DNA. A cell's DNA contains the instructions that tell a cell what to do. Healthy cells grow and multiply at a set rate, eventually dying at a set time. The mutations tell the cells to grow and multiply out of control, and they don't die. The accumulating abnormal cells form a mass (tumor). Cancer cells invade nearby tissues and can break off from a tumor to spread (metastasize) elsewhere in the body. It isn't clear what causes cervical cancer, but it's certain that HPV plays a role. HPV is very common, and most people with the virus never develop cancer. This means other factors — such as your environment or your lifestyle choices — also determine whether you'll develop cervical cancer.