Story of a Brain Cancer Survivor

In June 2000 I was 33 years of age, working in Oregon as a natural life scientist with Threatened and Endangered Species, and my life immediately changed. I started having cerebral pains that felt like my skull would detonate. AnMRI demonstrated my cerebrum was draining and I went into a medical procedure at OHSU in Portland Oregon. An oak seed estimated GlioblastomaMultiforme (GBM) tumor was found in my left worldly projection.The doctor told me that i don't even have a year to live. 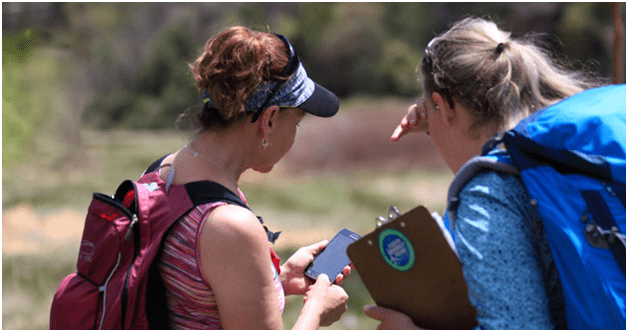 My significant other Matt and I had two young men, Grant and Clint, just 3 and 1 years of age around then. I quit my place of employment as an untamed life researcher and turned into a housewife, needing to go through each valuable minute with my young men. I went into conformal cerebrum radiation. I didn't take chemotherapy around then, the standard treatment was BCNU and had truly terrible symptoms and I was told it would just add 3 months to my life.

I chose to concentrate on my family and doing all that I could to help my insusceptible framework. I began eating natural foods,practicing 5 days, rearranging my life to decrease pressure, inclining toward God for quality and began taking numerous home-grown enhancements.

In March 2009 the GBM returned again while I was still on Temodar. This time the tumor was not by any means situated in my mind, however in the Meninge (the layer of tissue that covers the cerebrum). I went into medical procedure #4 with Dr. Berger at UCSF. He had the capacity to expel all observed tumor. The cerebrum itself looked decent and clear, no observed tumor in the mind itself! Uplifting news. After themedical procedure, I turned out poorly on Temodar since it quit working for me. I didn't fit the bill for any clinical preliminaries, due to the third reoccurrence, and treatment history. The main thing accessible to me was the "old" chemos that are not confident, or Avastin, which I didn't hear beneficial things about. So Dr. Butowski at UCSF proposed I simply "keep an eye" on it with MRIs at regular intervals. 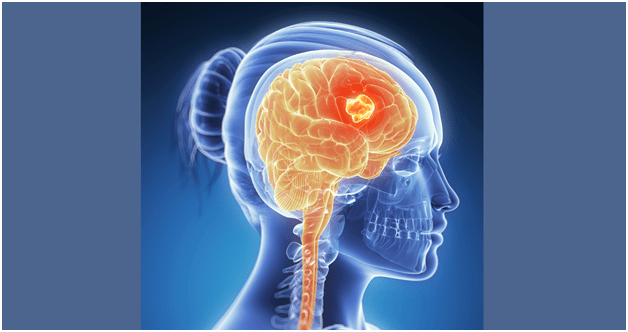 It is currently February 2011 and I am as yet alive and adoring life! My MRIs in the course of the most recent couple of years have looked decent and clear. I am still on no medicines, however, keep doing everything I can to help my very own resistant framework. Regardless I’m taking numerous enhancements (working with Jeanne Wallace), working out, eating natural, eating great solid nourishment, and giving it all over to my Lord.

It's presently been 10 years! The greatest long periods of my life! I have been honored to see my young men develop, they are currently 11 and 14 years of age. Presently my "work " throughout everyday life, is being the best mother I can be, and connecting with other people who are engaging the mind tumors. My heart goes out to every one of you out there.

It's presently Feb 2012 and I've enduredthe GBM 11 years and 8 months, yes, I tally down to days and hours as well! I'm as yet alive and cherishing life. Presently on no "western medicinal medications ", yet at the same time taking numerous enhancements, working out, eating naturally, needle therapy, and inclining toward God for quality. My last MRI in Jan 2012 appeared there was no observed tumor; incredible news. In any case, radiation and treatment, harm is starting to appear more. The MRI report says there are dissipated foci of microhemorrhages in my left half of the globe because of post-treatment changes and/or radiation instigated enormous contortion. I am beginning to see more issues with loss of words, memory, perusing, thinking clearly, and so on. Yet at the same time out there having

a great time in existence with my family outdoors, skiing, biking, climbing, exploring, boating, paddling, beyond any reasonable amount to list. I never let the GBM beat me while I am as yet alive. Despite everything, i will appreciate every day I have. So in the event that you have quite recently been analyzed, don't surrender trust!!

It is currently July 2012 and I have endured the GBM for a long time!!! To celebrate, on July third, my better half Matt and I moved to the pinnacle of California's Mt. Whitney (>14,000 foot rise). In 2009, after I had been on Temodar for a long time, the GBM reoccurred for the third time, and I experienced cerebrum medical procedure #4. As I recuperated sincerely and physically, I never thought, later on, I would have the vitality to move to the pinnacle of Mt. Whitney. The insights look revolting with the GBM and the medications we experience isdifficult, there are times we believe we don't have the vitality to do our every day basic errands. Be that as it may, keep up the expectation, individual GBM cerebrum tumor patient, since everything are conceivable. We never realize what the future brings, yet we can experience every day for the expectations we have! I had been planning to climb Mt. Whitney since in 2004 after I climbed Mt. Shasta. I was physically and sincerely thumped down in 2004, 2007 and 2009 when the GBM returned multiple times! It appeared my fantasy of climbing Mt. Whitney could never come. As indicated by the insights, I would be dead at this point! In any case, with expectation and persistence, I continued working for my fantasy and three years after my last mind medical procedure, in 2009o plea, I at long last had the vitality to do it. See you cerebrum tumor survivors out there, don't surrender trust. Live for the fantasy you have in your heart, it enables you! Everything is conceivable.

It is presently January 2013 and I have endured the GBM 12 ½ years! My last four MRIs have appeared new "knobs " situated on the edge of my tumor depression. I am getting anMRI like clockwork to watch out for them. They have not changed much, just about 4mm in size. However, they look suspicious like either the GBM is back or there are two bunches of contorted vessels brought about by my last medical procedure. I am being understood and am settled holding up from MRI to MRI. I feel physically incredible, out having a fabulous time cross-country skiing this winter in the wonderful snow. Regarding my mind, I am having a harder time understanding what individuals are stating if there arefoundation sounds or they talk excessively quick (determined to have "sound preparing issue ") Overall, I am out occupied with my family cherishing life!!!

I as of late made another video with expectations of empowering others doing combating cerebrum tumors. It is aboutme and my significant other Matt climbing Mt. Whitney the late spring of 2012 and closure it with a message of a plan to cerebrum tumor warriors! Expectation it inspires your soul!

It is currently July 2013 and I have endured the GBM for 13 years! In March 2013 I had a fourth repeat of the GBM. On March 13, 2013, I experienced my fifth mind medical procedure to have the GBM evacuated. It was situated in the "Dura " that was situated over my tumor depression. All observed tumors were evacuated, and I recuperated from the medical procedure rapidly.

Every year I intend to plan something to celebrate being alive! A year ago, I climbed Mt. Whitney and it felt SO great! So this year, I will probably knapsack along the Pacific Crest Trail 100+ miles! My medical procedure was in March and, by June, I was out hiking in the Marble Mountain Wilderness! So far I have secured 48 miles, conveying a knapsack generally around thirty-nine pounds! Nobody would figure I just experienced my fifth mind medical procedure.

One week from now I head out into the Three Sisters Wilderness in Oregon to cover an extra 57.5 miles along the Pacific Crest Trail. I am so energized!

I feel physically solid. I won't deny that my mind is tested! I experience considerable difficulties with loss of words and understanding what individuals are stating. My tumor was in my left fleeting projection, which impacts language. Also, I get exhausted regularly, from my mind being over-invigorated. Be that as it may, by and large, I'm out adoring life!

So you mind tumor contenders out there, keep up the expectation! On the off chance that your GBM returns, there is as yet an opportunity you will endure and continue having some good times throughout everyday life!!!

My neuro-oncologist in the past idea it was likelythat the GBM back once more, yet since it has not changed in the course of the most recent five months, he presently supposes it is only a group of conduits. After some time, radiation frequently causes "vessels " to debilitate and separate